Our oldest son is called Otis and often around the house he gets called Oatman; this wasn’t a conscious thing but when we think about it oats are a massive part of who he is. We eat oats every single morning for breakfast in one shape or another and Otis doesn’t like cows milk so he has oat milk on his oats, he has oatcakes for his snacks and when he had chicken pox he even had oat milk baths.

It turns out that oats are something of a superhero food, so it seems crazy that only 5% are grown for human consumption, the rest we feed to animals. It grows incredibly well in temperate regions and needs plenty of rain to ripen, which is why Scotland and Wales are the UK’s biggest oat growers.

Although oats are sold in 6 different forms with even more different titles; groats, Scottish, Irish, steel-cut, rolled, flakes, jumbo, oatmeal, porridge etc they are all a highly nutritious whole grain. In fact oats are one of the few whole grains everybody eats. 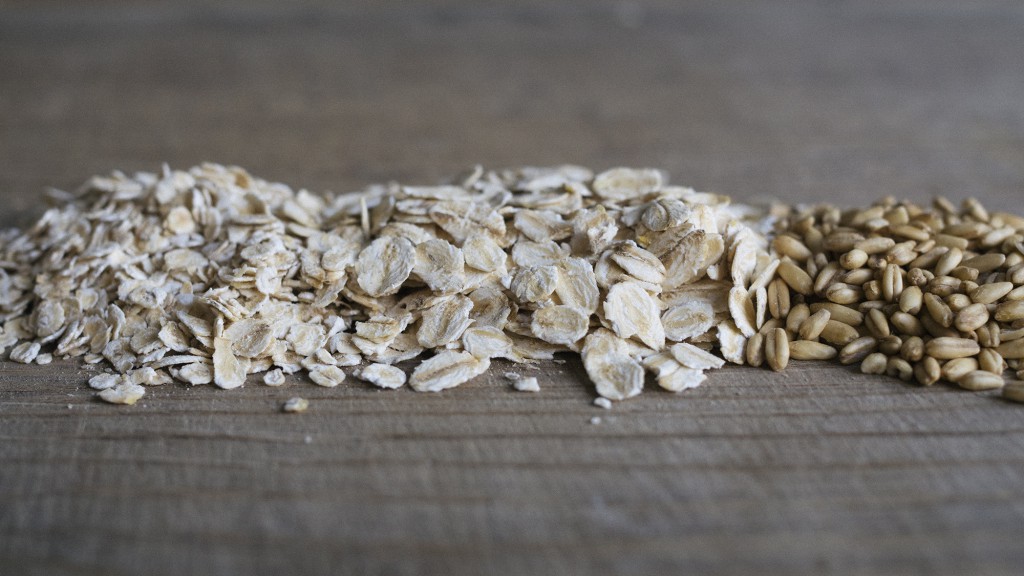 Like all whole grains, oats have high fiber content but specifically oats contain a type of fiber called Beta-Glucan. Beta Glucan lowers the speed at which our bodies absorb carbohydrates into our bloodstream thus stabilizing blood sugar levels and making us feel fuller for longer. On top of this Beta Glucan has been proven to stimulate the immune system to fight bacterial infections. Countless studies have shown that oats are good for lowering cholesterol and blood pressure levels. It has high magnesium levels, which along with the slow sugar release makes it good for people with diabetes. For hundreds of years people have been using oats for their anti-inflammatory properties in curing digestive problems and also for their soothing quality to reduce itching and sore skin, which is why Otis found himself having oat milk baths.

We often use oat milk as a dairy substitute, but be careful most dairy alternative products contain additives and preservatives that should be avoided: carragean, synthetized vitamins, sugar and vegetable oils are the ones to look out for. Saying that, if we do buy oat milk we use Oatly organic which contains only oats, water and salt. But again the best option here is to make your own, oat milk like our almond milk recipe is incredibly easy and quick to make, the only problem with homemade oat milk is it doesn’t really keep well.

We also found out that it is very hard to find truly raw oats because once processed the grains will go rancid within 3 days unless they are heat treated to over 100ºF. Therefore all oats are heat treated to varying degrees, generally the finer the oat the more it’s been heated (normally they get roasted and then steamed). However this may not be such a bad thing as we found out there is downside to oats, particularly raw oats. 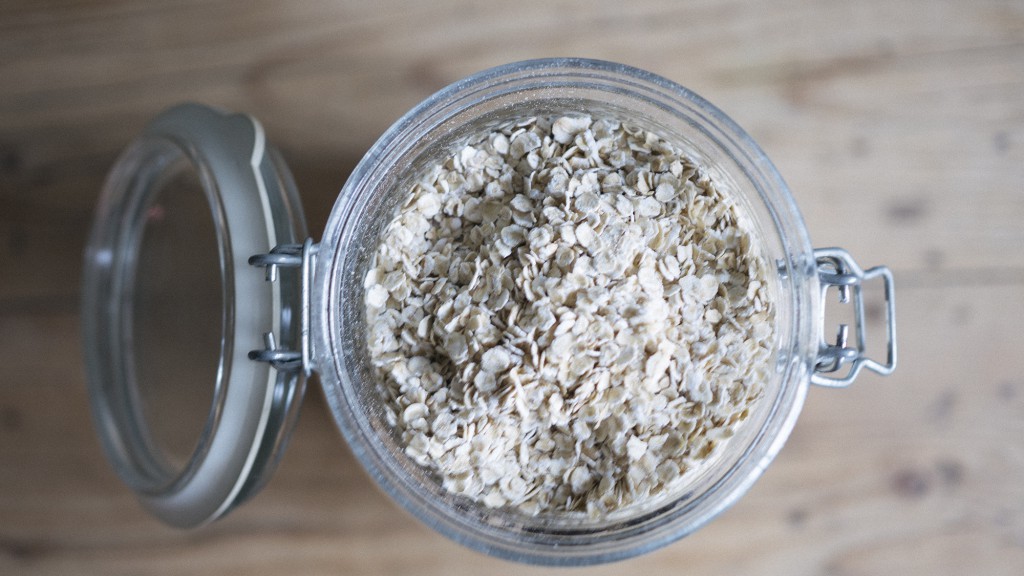 While researching for this post Mu was diagnosed as being anemic (iron deficiency) so the first thing we did was to look at our diet and see how we can change it to get her iron levels back to normal. We found that all whole grains and oats in particular can stop your body absorbing iron because they are high in Phytic acid and low in Phytase.

Phytic acid is something that is contained within all whole grains, nuts and legumes, it is known as an anti nutrient because it will bind itself to important minerals in our body such as calcium, zinc and iron making them unavailable to our body. It is believed by many that a diet high in whole grains and hence phytic acid is a big cause of many dietary deficiencies.

Phytase on the other hand is an enzyme also contained within the grain or nut to varying degrees and once activated serves to neutralize the phytic acid.

Heating or cooking the oats reduces the phytic acid to some extent but it also kills off the phytase. Another way to reduce the phytic acid is to soak your oats in something slightly acidic overnight, just water and lemon juice is fine (but you must discard the soak water) or some people prefer to use live yoghurt or kefir . Many traditional cuisines soak their whole grains in this manner or they use sprouting or fermentation such as in miso and sourdough breads to neutralize the phytic acid.

All this has meant we have cut back on the amount of whole grains we eat and we soak them whenever possible and suitable. But like all things it is a question of not eating too much of anyone thing but rather having a varied and balanced diet. There is no silver bullet that will solve any one dietary problem or need. 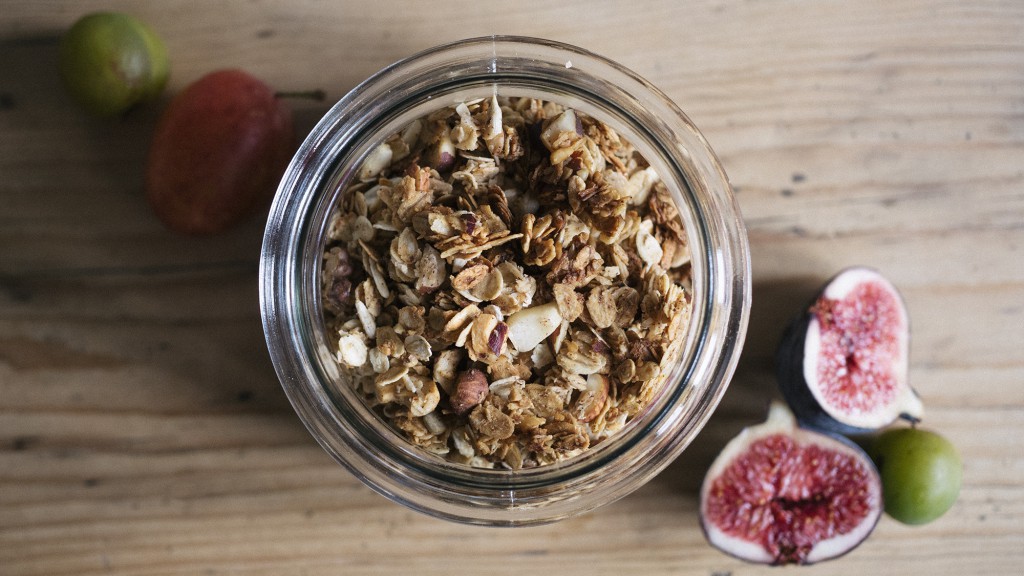 One of our favourite things to do with oats is granola, we make a batch of this almost every week and our boys love it for their breakfast. It is so much better than any shop bought cereals, a lot cheaper and with some fresh fruits scattered over the top it really feels like a treat.

The recipe shown here is more of a guide and we suggest you make it your own according to your tastes and what you have in the house, many people like to add different grains such as wheat germ, barley flakes etc. You could add dried fruits like raisins and apricots and you could use pretty much any selection of seeds and nuts you have lying around. Often people add a pinch of salt which can really add to the flavour and make it even more moreish, just be careful not to over do it.

The important thing we’ve found is to get the right proportion of coconut oil to honey to stop it from becoming too sweet or slightly oily. Also the long slow cooking time helps to cook it evenly and form nice crunchy clusters.

Set the oven to 140º C. Mix all the dry ingredients together in a large mixing bowl. Melt the coconut oil and the honey in a pan then mix in with the dry ingredients.  Lay out the mixture on a large baking sheet and put in the oven for at least 1 hour. After an hour the house will smell amazing and your granola will be turning golden brown, you may need to give it a little more time but be careful not to let it go too brown or the nuts will turn bitter. Once cooked, take out and leave to cool in the tray for 10 minutes, this is where it will all cluster together. Once cool store in an air tight container. Enjoy with your homemade almond milk and some fresh fruit.

Here is a short video guide on how to make your own delicious smoothie bowl.

It couldn’t be simpler really, just put all the ingredients in a blender and whizz them until they form a thick smoothie. Put your smoothie mixture into a bowl and top with fresh fruit, granola and pretty much anything else that you think you’ll enjoy. You can add super food powders in the smoothie mix too and a little maple syrup or honey if it’s not quite sweet enough for your taste.